And there it was, our last day in Japan. We had been enjoying ourselves so much that we didn’t see it coming. Or maybe we simply didn’t want to make it real by talking about it. Goodbyes are hard and they don’t get easier with Japan, that’s for sure.

Early in the morning we walked over to Tsukiji once again to glance one last time over the usual characters, eat a few more treats, and see all the commotion of a day in the life of the famous market. All the fish auction and selling is over hours before the city wakes up, so you know you’ll get the freshest ingredients by lunch time. 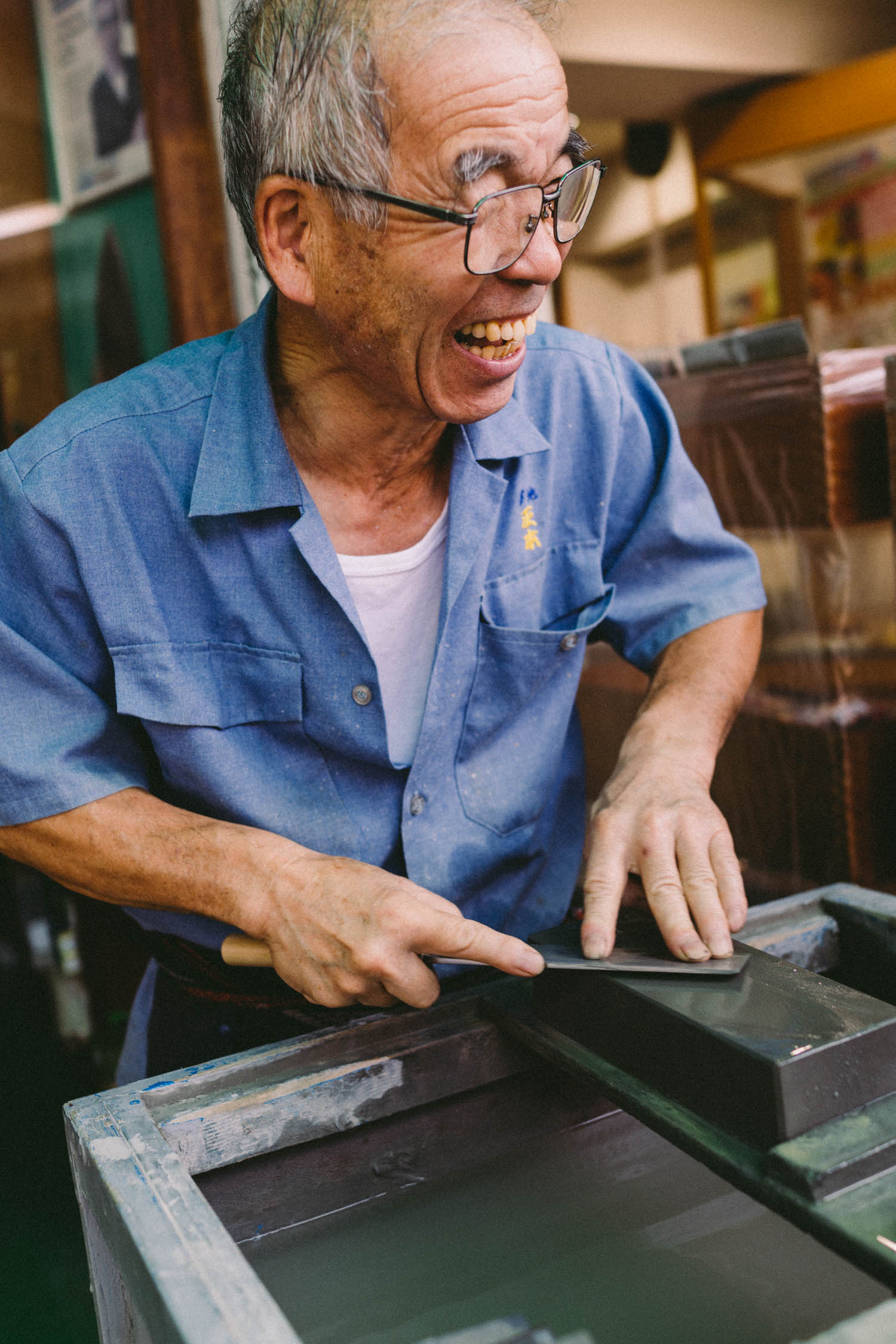 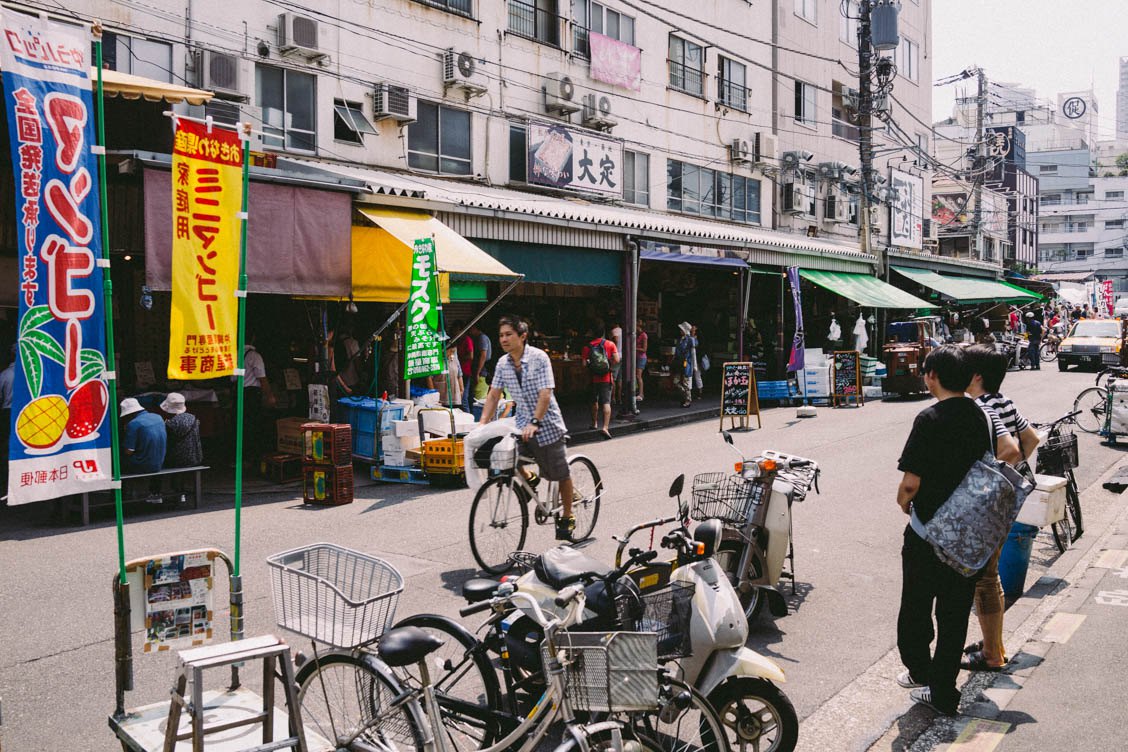 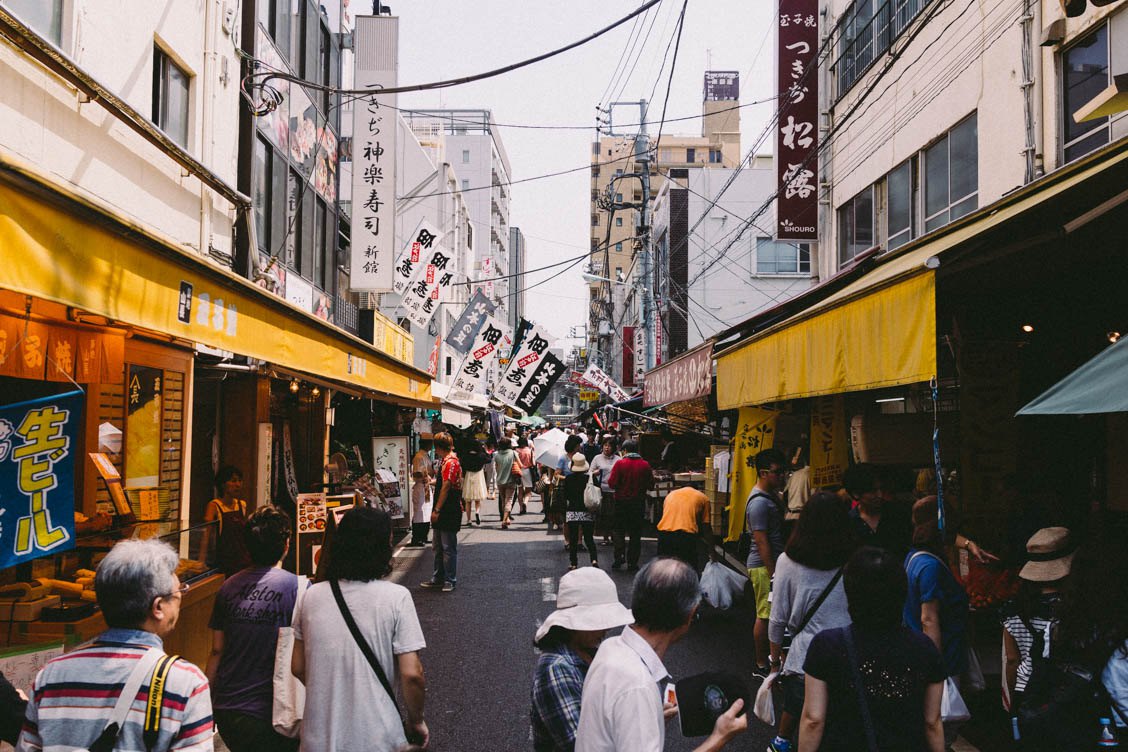 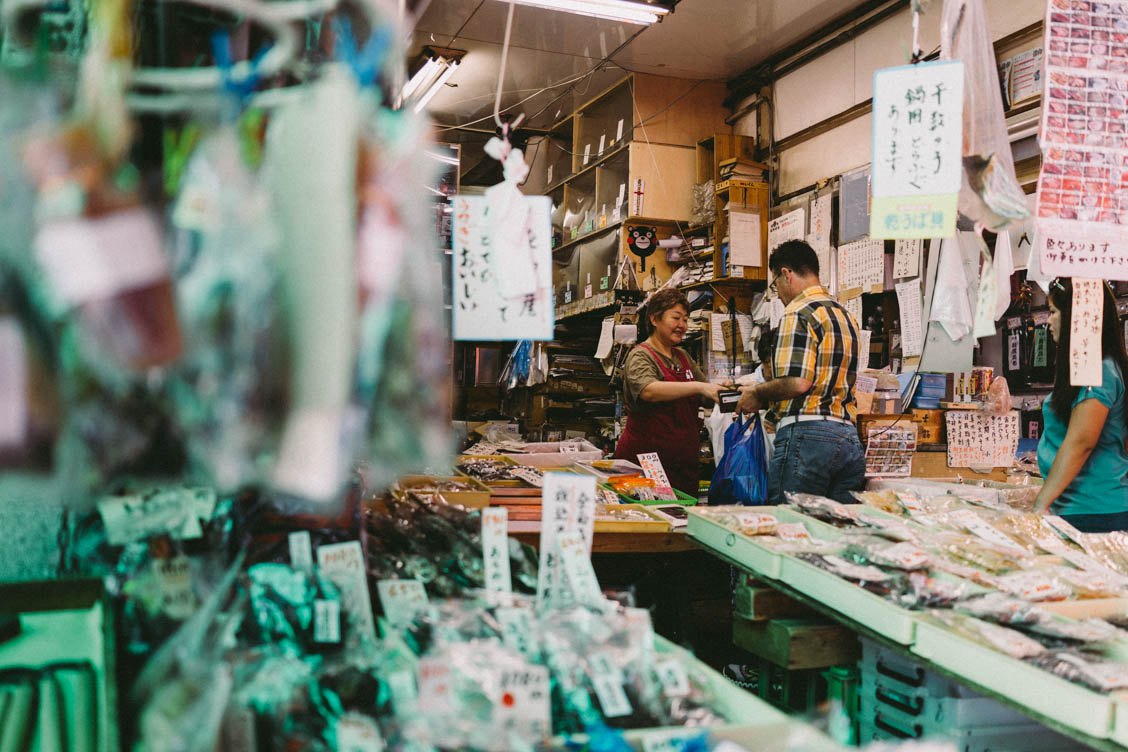 The place we had donburi a couple of days before was so good (and relatively inexpensive) that we went back to eat something different. The owner recognized us as soon as we got close, and immediately pulled two chairs and started serving cold tea. Great food, but even better times.

After a few more passes through the outer market looking for the last souvenir we could find, we strolled all the way to Tokyo station and back, exploring new alleyways and neighbourhoods. A few days earlier, we would have stopped every once in a while to recompose ourselves from the unbearable humidity and heat, but not this day. It felt like if we didn’t stop walking, the day wouldn’t end. 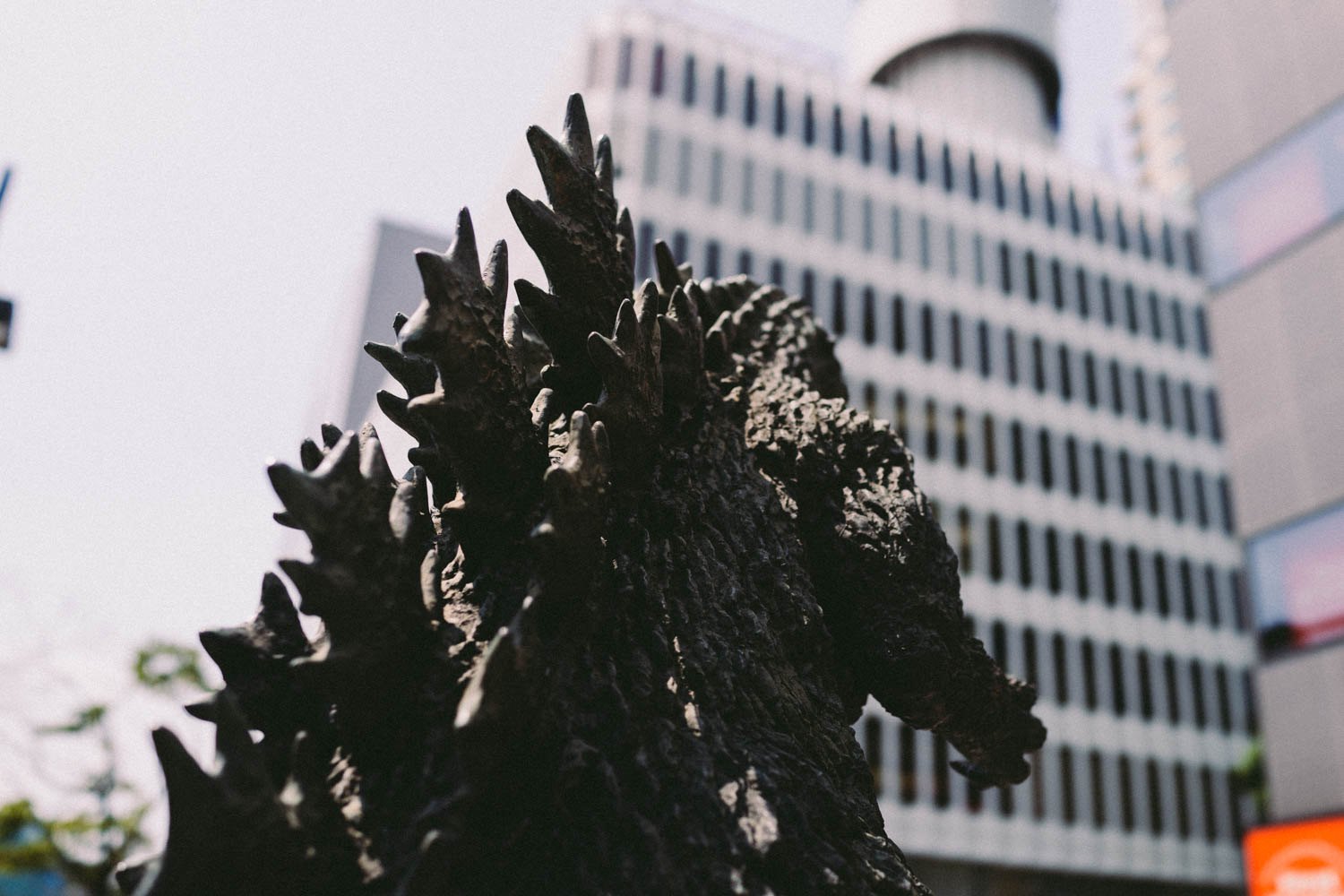 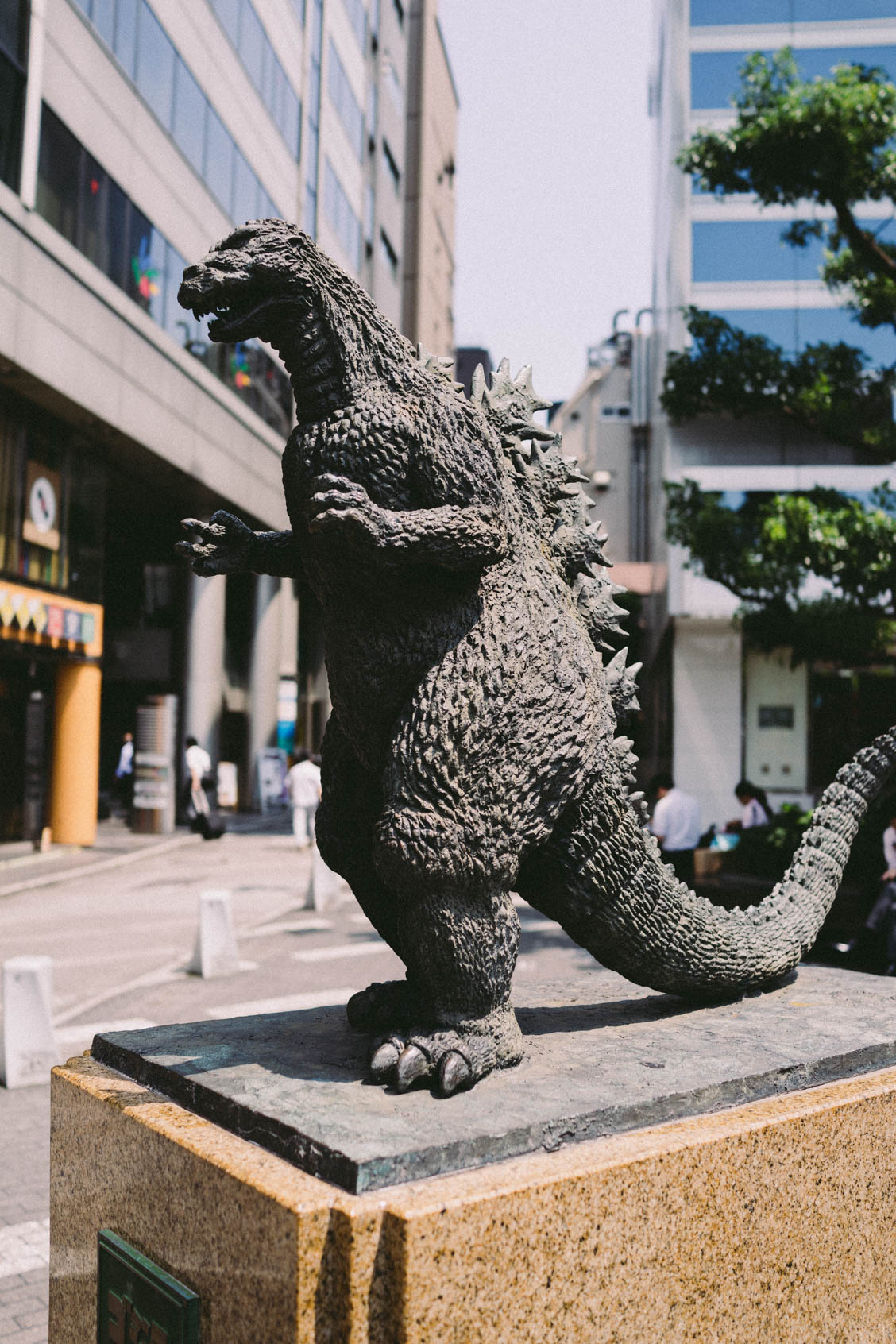 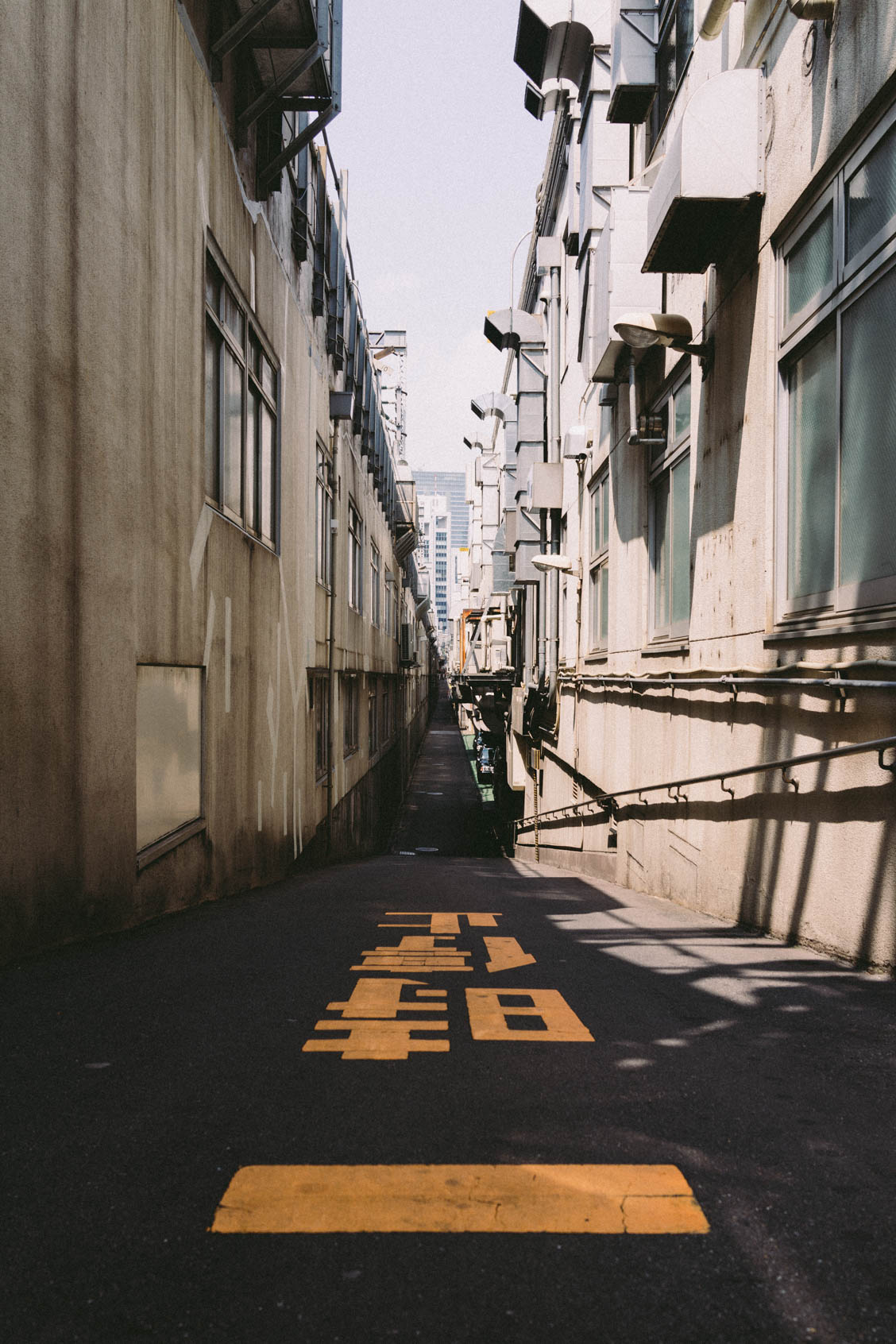 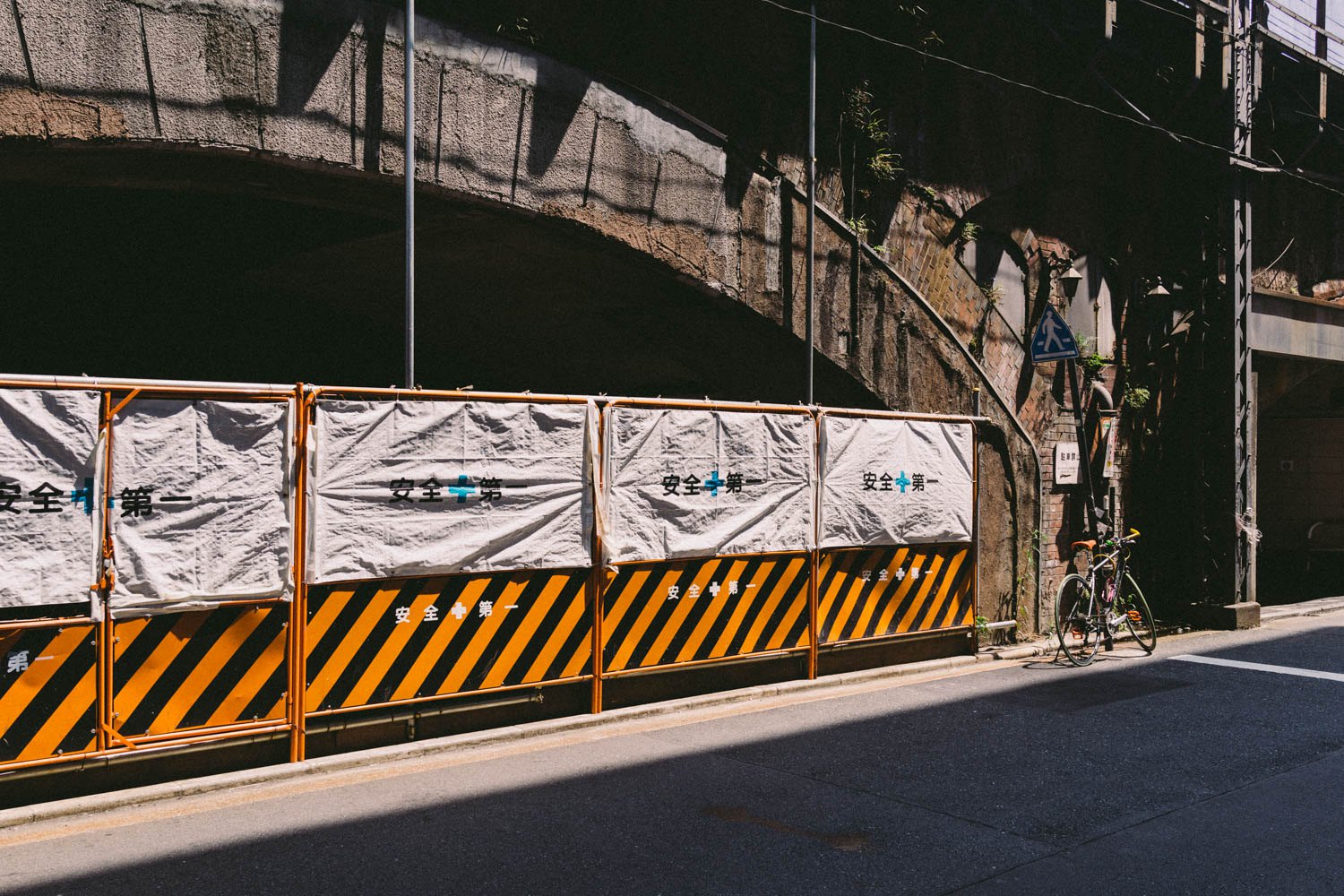 I will miss Japan’s varied and rich gastronomy, from the humble convenience store bought onigiri to the fanciest izakaya. I will miss the idyllic narrow streets that contrast with the huge metropolis they form. I will miss the unique feeling of traveling on a super-fast Shinkansen train, as well as the Yamanote line with its humongous lines of people trying to get in at rush hour, and how both are amazingly quiet experiences. I will miss both the tea ceremony and going to a baseball game and how they can be part of a single culture even if miles apart. I will definitely miss how Japanese respect and cherish nature and temples alike. I will miss smells, textures and patterns. I will miss figuring out where we arrived at when travelling on the JR train just by listening to the different melodies of each train station. I will miss Japanese temperamental weather and not knowing if we’re going to need an umbrella or if I should go out in underwear. Heck, I will miss the heat and humidity too, and how alive they made me feel.

But I’ll miss people the most. How kind, curious and interesting everyone can be. Selfless even, in favor of someone who they don’t know or probably will never lay eyes on again.

So I say “Sayonara” knowing is it a very strong word in Japanese, and that it implies a more definite salutation than, for example, “Ja mata”, but this time it really felt like more distant return than “see you later”. 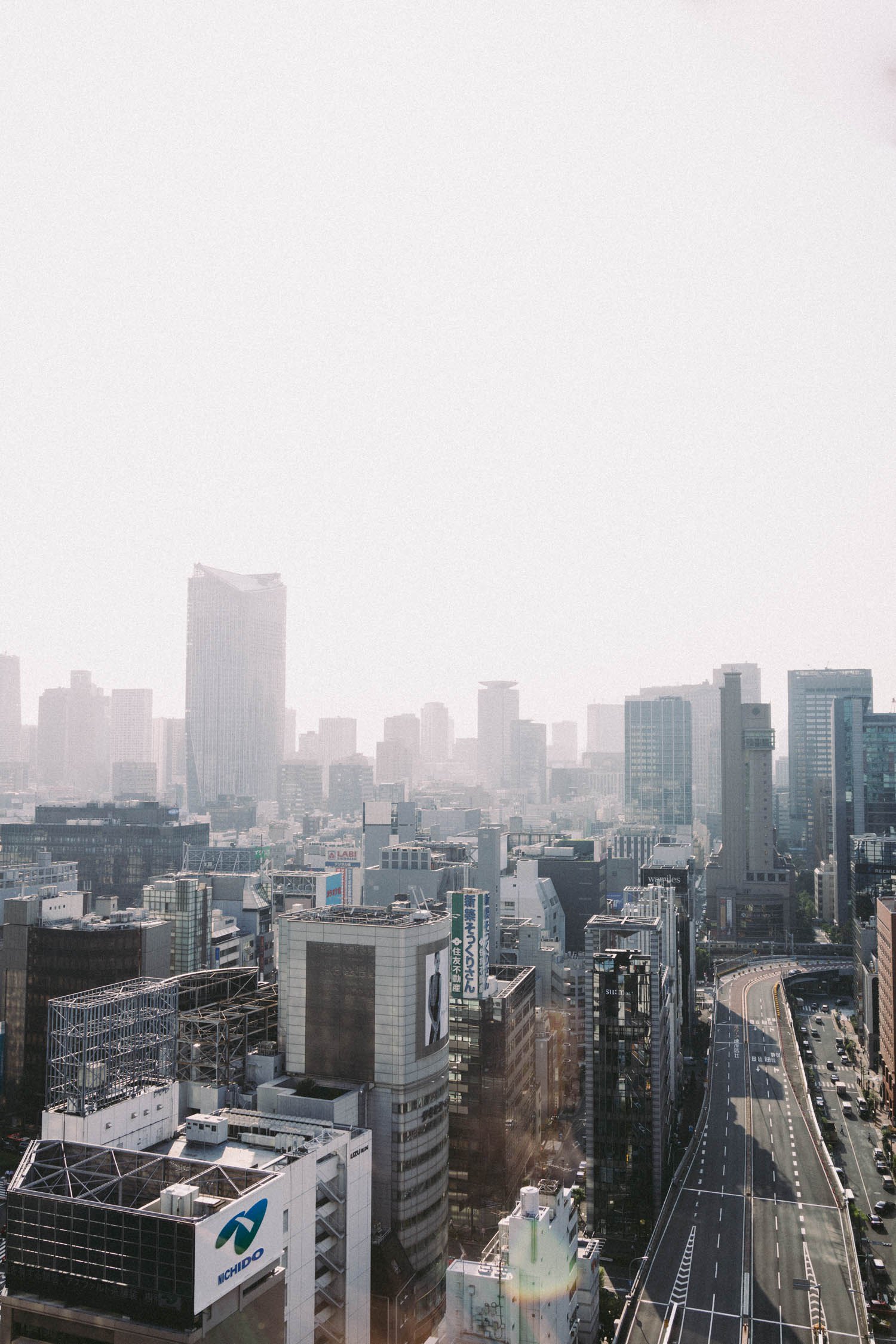 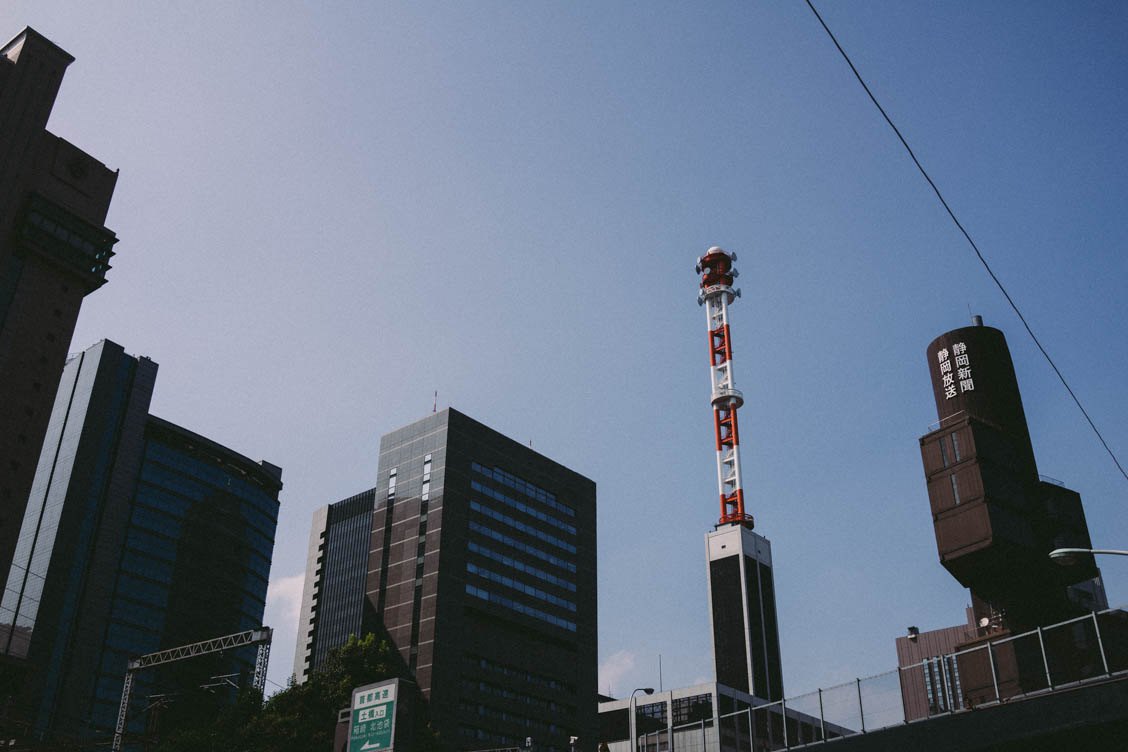 Having said that, I really enjoyed editing the photos and doing these write-ups months after the events took place. 19 Days was a cool (quasi) real-time experiment, but after having posted these photos from 2014, I can say this was quite fantastic since it allowed me to relive the experiences all over again.

There’s an interesting related article on letting your photos simmer for a while before looking at them again, that came out this week. This excerpt really resonated with me:

I often find that the longer I wait before I develop my film, the better I am able to self-edit my own photos. Not only that, but after a period of a few months of taking a photo, I forgot haven taken many photographs. Which means when I finally see the photographs a year after, I don’t remember shooting most of them.

Thanks for following along! Remember you can see all the posts from this trip on the 16 Days in Japan series page.

And a special thanks to @maique, not only for the infinite support, but also for hooking me up with a copy of Typed, which made this whole process a lot more enjoyable.