A month ago I bought the Fujifilm x100 and been meaning to write about it since. Unfortunately, haven’t had the time or the availability to really test the camera to its full potential until two weeks ago. And what better situation to do so than a trip to Rome.

For the first three days I used the x100 exclusively, the remaining days I walked around with the 5D Mark II; did so to test each one separately and to clearly see which are each one pitfalls and gems.

This article is divided into the following sections:

Disclaimer: the following is not a review, only my impressions of the camera after a few days on the field. Also, I’ll be making a parallel between the Fujifilm x100 and the Canon 5D Mark II. Apples and oranges, you say. Maybe, but this is not a feature-by-feature full-on comparison; think of it as an exercise of having the 5D2 as a reference and see where each one falls on my photography routine.

Undeniably, the most distinct feature of the Fujifilm x100 is its design. The retro-rangefinder-compact look is refined, polished, and reminds of the Canon Canonet — although considerably smaller. It has an 8-element 23mm f/2.0 Fujinon lens, equivalent to a 35mm angle, which I love. It’s a beautiful neat piece of gear, but there’s much more to this little camera than meets the eye.

The main reason why I wanted the x100 has to do with portability. I wanted a camera to complement the 5D, something light that I could take with me everywhere I go. The 5D Mark II surely is a great camera, but it’s not the first one that pops into one’s mind when they think of shooting photos on a casual going-out. And believe me, I did carry it around a lot.

The x100 is really small and light, perfect to carry around for hours and hours without having a sore wrist or arm at the end of the day. In fact, I find it a bit too small for my hands: although the front has a small bump, the back is almost flush and I have some difficulty griping it comfortably. Actually, the one accessory I’ve been looking at is a thumb grip, the Thumbrest Plus, which would help a lot. In comparison, the 5D2 grip is so big and ergonomically perfect that it just fits my hand like a glove. Quite literally.

Most x100’s quirks will, unfortunately, fall under this category. Moreso, if we make parallels with the 5D Mark II.

First off, it’s not the fastest camera in the world, probably not even in the top 200. In fact, it takes a couple of fury-inducing seconds to focus on the subject. This is, to this day, the biggest gripe I have with it. Releasing the shutter is fast and immediate, though.

I’ve thrown out more than a couple photos because of bad focusing, so that’s definitely something to consider. In one occasion, I had to shoot about 5 photos to get one focused on the subject (see below).

I found out the best way to get accurate focus is to set the camera to Manual Focus and use the AFL/AEL button on the back to get focus. It even feels faster than using any other AF mode. And don’t even think about using the focus ring, it’s completely useless. It’s a fly-by-wire mechanism and it is slow; you’re better off taking a few steps back or forward to adjust focus — believe me, it would be faster. Macro mode works best using this method as well, meaning you don’t have to switch it on: in MF mode the camera is capable of full range focusing.

It’s not all bad though. Shooting is not a problem: after focusing the shutter is quick and silent. The maximum shutter speed at f/2.0 is 1000/1s (due to its leaf nature), and that’s where the built-in ND filter comes in handy. It reduces the light by 3 stops and it’s more than enough to shoot wide open on the brightest of days.

Recording data to the card is also quick, assuming you’re using a fast one. Many have complained of sluggish recording times, but I’ve never experienced it.

The camera is perfect for street photography, as it is silent as a dandelion spreading its seeds. So silent, in fact, you’ll have trouble figuring out if it shot or not, at first. The 5D, on the other hand, makes a loud sound and you can even feel the mirror’s kick back.

The optical viewfinder with the display overlay is just genius and it makes for such a great experience. The digital VF is also very good in a WYSIWYG kind of way, but sluggish in low light. I honestly prefer the raw aspect of the optical one.

Metering works pretty well, although sometimes it tends to overexpose by 1~2/3 of a stop. It’s easy to quickly adjust using the knob on top, so no worries there.

I guess buttons, dials and menus could be improved on, but the aperture ring makes up for all that: feels solid and has no play, making it a breeze and fun to set the correct setting. The whole interface is responsive actually, even the VF switch on the front. People have bitched endlessly about the menus, but really, how many times a month do you use those? It’s not that big of a deal.

This is, to my surprise and even to this day, where the Fujifilm x100 shines. Even when compared to the 5D2, this camera is capable of producing beautiful images that are faithful and sharp. These camera’s release dates couldn’t be farther apart, but let me tell you: the x100 gives the 5D a run for its money.

The lens was designed specifically to be the APS-C sensor’s better half, and it shows. Pictures are as sharp as a knife, even more noticeable from f/2.8, and the resulting bokeh is stunning. The white balance on this little gem works wonders: it is very, very accurate and solid, working flawlessly every time.

Rendered colors and natural and vivid without being overly saturated or artificial. I’ve been shooting in RAW since I got it, so I don’t know how the emulated profiles (Provia, Velvia, and Astia) look like. Needless to say, I also did not test JPEG compression, but I hear good things about the x100 inner processing. 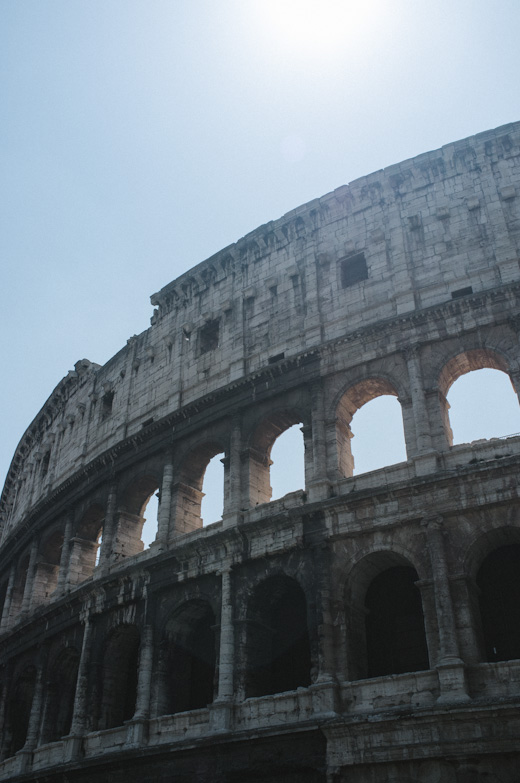 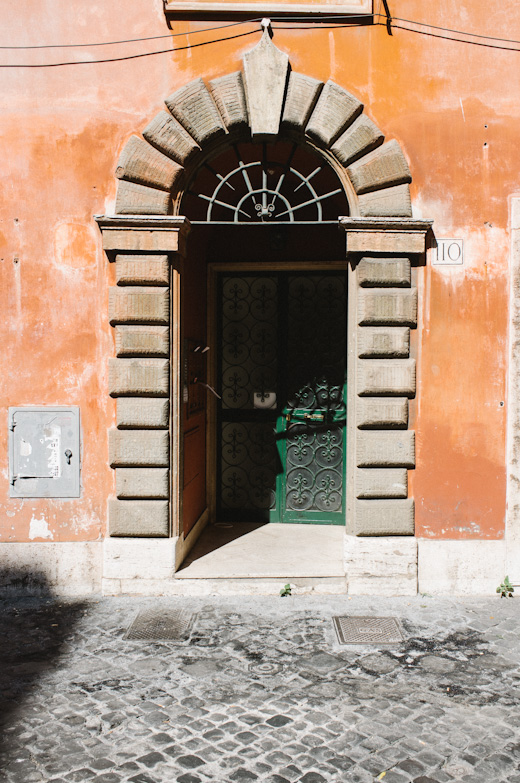 But wait, here comes the best part: dynamic range is downright insane. Mind you, I have the lowest possible DR value set up on the x100, which is 100. But I can honestly say that it blows the Canon out of the water, even if you compare the best image out of the 5D Mark II with any you can find from the Fujifilm.

Noise-wise, the Canon is obviously superior, mostly due to sensor size, but the Fuji is capable of delivering decent images at higher ISO. I have shot at 6400, where you get quite a bit of noise, but a usable picture. I like to keep it under 3200 if possible, though.

When going out with the Fujifilm x100, I do not feel I have less of a machine compared to the 5D2. Granted, it is not as responsive as a DSLR, but no one would expect that anyway. The results are brilliant, though, and you won’t probably look back when you switch to this beauty.

Overall, this little camera looks great and it delivers beautiful photos. The worst part is getting the shot you’re looking for, but once you get past the focusing issues, you’ll be able to see the unicorns sliding down through rainbows.

I repeat, the dynamic range is insane and everything looks sharp, a silky bokeh, and beautiful rendered colors. In resume, Fujifilm x100’s image quality will easily put most DSLRs to shame.

The x100 is light enough to carry around all day and although it’s not pocket-size, you can easily take it anywhere. The retro look is so different than most ordinary digital cameras that it can work both ways: it can draw attention, but in most cases it’ll go under the radar as an “old analog” one.

Walking down the street with the Fujifilm x100 wrapped on the wrist and knowing its potential, I now understand why everyone raves about this camera: it’s pure joy to use it.